The capabilities and power of Direct Digital Controls in the HVAC industry have increased dramatically in the past decade. These interfaces have been able to adopt the enhanced graphic capacities, the ability to offer much more information, and other enhancements of an accelerating technological base. The program features can include time schedules, set-points, controllers, logic, timers, trend logs, and alarms. These unit controllers usually have analog and digital inputs that allow measurement of the variables (temperature, humidity, and/or pressure), and analog and digital outputs for control of the transport medium (hot/cold water and/or steam). Newer systems are available via the internet and can be accessed by customer’s computers and mobile devices, allowing for remote management of the system.

Along with these increased capabilities there has come greatly increased complexity of these devices. The Controls portion of HVAC systems have undergone the most dramatic change of any part of the industry during the past few years. Having evolved from pneumatic controls through overlay energy management systems, first generation Direct Digital Controls (DDC) and now to the current generation of distributed DDC, the HVAC industry is dealing with control systems that are very different from those available just a few years ago.

In the past fifteen years, Daniel A. Lewis, a Commercial Service Manager with over 30 years of service with D.G. Meyer Inc. has moved the company into the controls and building automation sales, installation and service. He has accrued well over 200 hours of class room training in the field.

We have designed and installed these systems on many buildings— New Construction as well as After-market Replacement jobs:

Sources for information on this page:

How a DDC System Operates 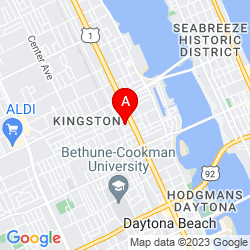 Payment may be made with cash, check or credit card.
We accept Visa, MasterCard and Discover.